In the second quarter, the US has shown tremendous growth in the wind industry. There are 200 projects or more which are currently either under construction or have almost reached the last stage of their development in 33 states. The American Wind Energy Association (AWEA) has reported that the projects include 41,801 Megawatts generating turbines, which can increase the power generation capacity by 10% each year. This trend has been found to be varying topologically in the last few years. Around 19 states have shown to have crossed the1 Gigawatt capacity when installed and 15 of the states are constructing or almost finished their development of 1-gigawatt turbines.

Texas heads the wind development with 22% growth and the rest Wyoming, New Mexico, Iowa, and South Dakota follow its footsteps. In order to help the addition of new capacities, four new facilities have come online in Q2 with a generation capacity of 736 Megawatts. In Texas even 2 Megawatts capacity turbines are located. Thus, in the US, a total of 97,960 Megawatts of wind capacity can be found. In comparison to the first quarter, the second quarter showed a decline in the installations and 53% increase in deployment at the start. The fourth-quarter gains will be a lot more of lookout for as the industry seems to only be flourishing. With 2.7 Gigawatts, the solar industry has set a record in the first-quarter deployments. In terms of installations, 2019 may still fall below the margin set in 2016 but will acquire a second place with 13 Gigawatts and cover 25% more than that observed in 2018.

The Corporate procurement handled 52% of the wind capacity contracts in Q2 and the rest 48% was driven by the utility contracts. The US hopes to use gigawatts’ worth of new business in the coming days to boost its wind energy. Similarly, Mid-Atlantic states showed a boost with new legislative targets that is 1,200 Megawatts in Maryland, 9,000 Megawatts in New York, and 2,000 Megawatts in Connecticut. In New Jersey, Ørsted, a Danish-based company won 1,100 Megawatt bid and also, secured its 880-megawatt Sunrise Wind project in New York. Equinor’s 816-megawatt Empire Wind project and the Sunrise Wind project together can help the state become the largest renewable procurement in history. 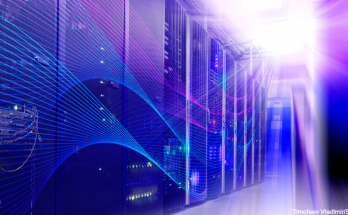 Tennessee Declares Energy Plans Turning Us Market On Its Head