A remarkable hike in the unstable oil price was seen on August 27, 2019. The predictable reason behind this exception in the volatile market is the shortage of U.S. crude inventories. However, the gains were already nullified by the tensions and uncertainties in the US-China trade deal.

The price hike trend was followed during the post-settlement trade. WTI reached at $55.45 and Brent was hitting at $59.88. The shortage in the US crude inventories was due to a sharp fell due to the drop in imports, nearly 11.1 Million barrels, compared to drop anticipations of 2 Million barrels. The US government has not published its weekly report that had to be released the next morning, due to a sudden hike in oil prices.

The crude inventories shortage in the middle of efficient oil extractions has been supporting the crude prices hike, which could override trade tension concerns, stated by the director of energy futures Bob Yawger at Mizuho, New York.

US President Donald Trump expressed his opinion regarding trade tensions. He said that China was seeking to reach a deal, but Liu He—Chinese Vice Premier—stated that the government was eager to calmly resolve the dispute by setting negotiations.

Likewise, according to Reuters reports, Saudi Arabian Aramco Trading has started selling its West Texas Light (WTL) oil to Hyundai Oilbank—South Korean refiner. One of the leading Middle East Trading company has sold WTL cargo for the first time, with an aim to become a top oil trading company. The information was gathered from anonymous sources associated with the matter. 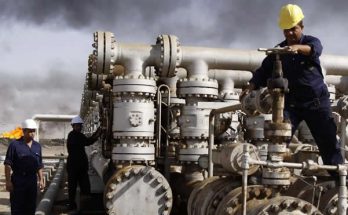