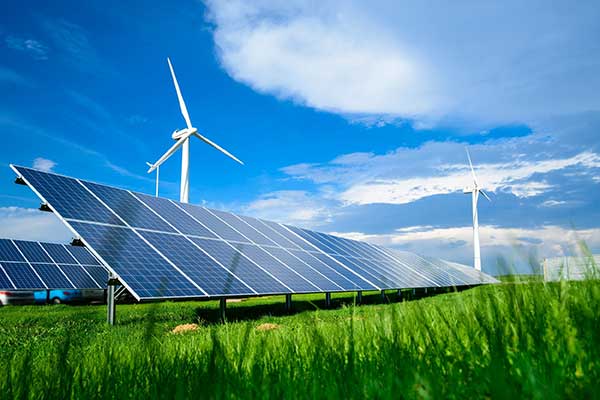 In their annual meeting, the Labour party outlined plans for an industrial strategy, including setting up a publicly-owned green energy company within a year if Keir Starmer wins the next election.

Starmer advocated for public money to be spent on building up British industry, rather than funding projects owned by other countries, such as Sweden’s largest onshore wind farm in Wales and UK nuclear facilities run by Chinese interests. He said that British power should belong to the British people.

Starmer: “Labour won’t make the error the Tories made with North Sea oil and gas in the 1980s.” I’m happy to introduce our Green Prosperity Plan today. Plan to make UK a green growth superpower. 100% clean power by 2030 will put us ahead of any major economy in the world.

Labour’s pledges are a far cry from the Government’s recently announced Plan for Growth 2022, which has drawn widespread criticism for its tax cuts that favour the wealthy and an estimated £60bn pay-out to the UK’s energy companies – some of which have announced record profits this year – to protect consumers against higher bills.

The Conservatives’ controversial fossil fuel energy ambitions, including providing 100 new licences to North Sea oil and gas firms and easing the ban on fracking, are proving as unpopular as their plan to construct 38 “investment zones” across England.

The Royal Society for the Protection of Birds (RSPB), the Wildlife Trusts, and the National Trust fear that the loose laws promised to investors may prove catastrophic for local wildlife. The RSPB is concerned about proposals for investment zones and “liberalised planning standards” in Norfolk, West of England, West Midlands, and Tees Valley.

Along with the possible powers in the new Retained EU Law Bill, which could see hundreds of Britain’s environmental rules removed from UK law, the “Government has begun a full-on attack on the laws that preserve nature,” the RSPB said.

Labour has proposed an industrial strategy to reverse a decade of sluggish productivity, which it says “would end the farce of long-term plans that don’t survive the political cycle.” It intends to create an Industrial Strategy Council (ISC) and give it legislative status, like the CCC and OBR (OBR). The ISC would analyse the effectiveness of the government’s industrial strategy.

Labour argues that such inconsistency makes it difficult for businesses to plan ahead and make decisions about their future direction. Three Tory Industrial Strategies have been shelved since David Cameron became PM in 2010.

Labour claimed it will give a clear and trustworthy policy framework that businesses can trust and thrive with through four major missions: delivering clean power by 2030, using data for the public good, caring for the future, and building a more resilient economy. The party said these objectives will increase wages and living conditions, revitalise public services, and re-energize communities.